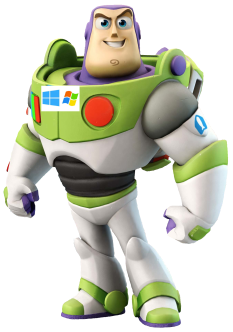 As I discussed here earlier the following has been officially announced by the MSM:

There are all kinds of implications of this – and one of them is NOT the death of Windows … quite the contrary.  Even if Microsoft in an act of immense stupidity DID want to kill Windows (and btw I was once told I couldn’t use the work “kill” in emails of my Microsoft internal email account – really – nuff said) it ain’t gona die.  Look at how long they’ve tried to get rid of Access and it still hangs around like a bad smell.  Windows will be around long after I am free of this “mortal coil”.

And so this means that IF Access runs on Windows 10 (and it will from 2010 and up) then we will be able to offer solutions to customers with zero chance of being made obsolete in their or our lifetimes.

<< Addendum … 05/12/15 … And it is apparent that Office 2016 is also going to be the last version of Office Client in the same way (and for the same reasons).  Office Client will be changed incrementally going forward just as Windows will.  This means that anything developed in Office 2016 will have a long tail … and it will be almost impossible for Microsoft to pull a licensing game and make it impossible to keep using Offices 2016 (including Access 2016) for a very long time if not forever – even if that ends up some day meaning an annual license fee of some kind – which would be fine with me as long as it’s not too high.

Furthermore I would be willing to bet that it won’t be long before  Microsoft realizes that their little experiment with a “Office for Windows” that will work on all devices but will still SUCK 😉 … is not going to fly and they will have to admit that Office Client running on Windows 10 (and on Azure RemoteApps to any device you might need) will be the past and future of Office for many, many reasons. >>

Also remember that IF you use SQL Azure as a backend, for the exact same reasons IT will not become obsolete either – unless Microsoft completely loses all ethics and morals and intelligence.  How can they now go to corporations that bet on SQL Azure and tell them they MUST change to a new upgraded version that BREAKS their existing app?  From now on it can only be new capabilities that do NOT break existing ones.  And how could they possibly make the prices rise in a way that would punish the small solution … just ain’t gonna happen.  They have locked themselves in tight on this one … I like that 🙂 ..

That SHOULD be good news for us all … It’ll help us all sell our “wares” with more confidence and maybe, just maybe, we will reach the point where we don’t have to apologize for what we believe is a good fit for so many companies worldwide and will continue to be for years to come .. if we push it.

p.p.s. Please God forgive me for any copyright infringement I have performed herein …